Giovanni Pellerito is  an institutional and international relations manager, an expert on strategic communications.

He is the owner of GPHolding Comunicazione, registered in Italy.

During his  twenty-years career he has taken care of the brand management strategies and the institutional and international positioning for  the most important Italian institutions  and for the major Italian brands.

In 2000, he wrote some insights that received great appreciation from the financial community , such as: ” New Economy or death of Capitalism” (April, 2000) – “Journey in finance cibernethica ” (October, 2000).

In 2005, he published “Svolta a SUD-Focus sul Mezzogiorno”, (Turning southward, focus on Mezzogiorno ), a focus on macro-economic data of Southern Italy, on behalf of the Italian Minister of Development and Territorial Cohesion.

In 2007, he received the MEDIABLE Award as the best national institutional online communicator.

In 2010, he founded  BENVENUTA ITALIA, a quarterly magazine in Italian and English language, dedicated to the great Italian excellence in the world; it is considered as one of the most successful magazines of  Italy brand management sector.

In 2012,  he was responsible for the communication of some of the most important Italian Institutions and major brand in London for the Olympic Games London.

Since 2012 he is responsible for the communication about Master’s Degrees at some prestigious Italian Universities and for  international strategies about international clusters of innovation and high-technology.

He is the designer of  the Project “SI PARTE-Scienziati Italiani Patrimonio dell’Umanità” (Heritage of Humanity Italian Scientists), presented at eighth symposium of Italian scientists in the world, held in Houston, on december 2012. A platform thataims to network Italian universities with Italian scientists, who operate with their talents in other nations all over the world, in order to create a growth of the Italian universities, thanks to theirgenius of thought and action.

In 2013, he was in charge of the institutional communication of the Year of Italian culture in the United States on behalf of the Embassy of Italy.

Since 2013, he is  in charge as  international strategist on behalf of ITA (ITALIAN TRADE COMMISSION)

In 2014, he created the “Italian Brand Ambassador Award”, in conjunction with the ITA and the Italian Ministry of Economic Development, which recognizes important American characters bringing up the Made in Italy with passion and foresight.

October 2020 – For the promotion of the 160th Anniversary of the diplomatic relations between Italy and USA, April 1861- April 2021 the Embassy of Italy in Washington, appoints: GP Communications North America Inc., for creation of the naming and creation of the logo; the creation of the website and the communication plan and press office dedicated to the celebrations. 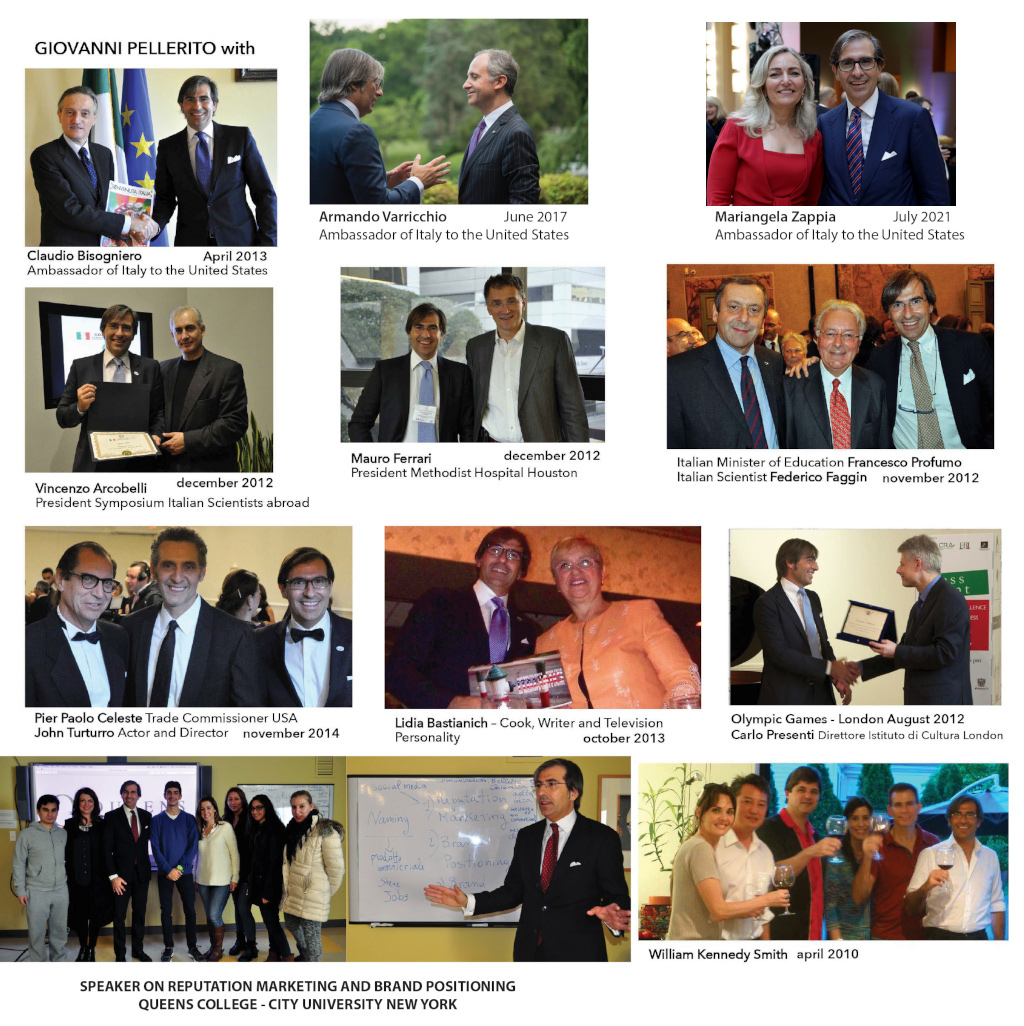 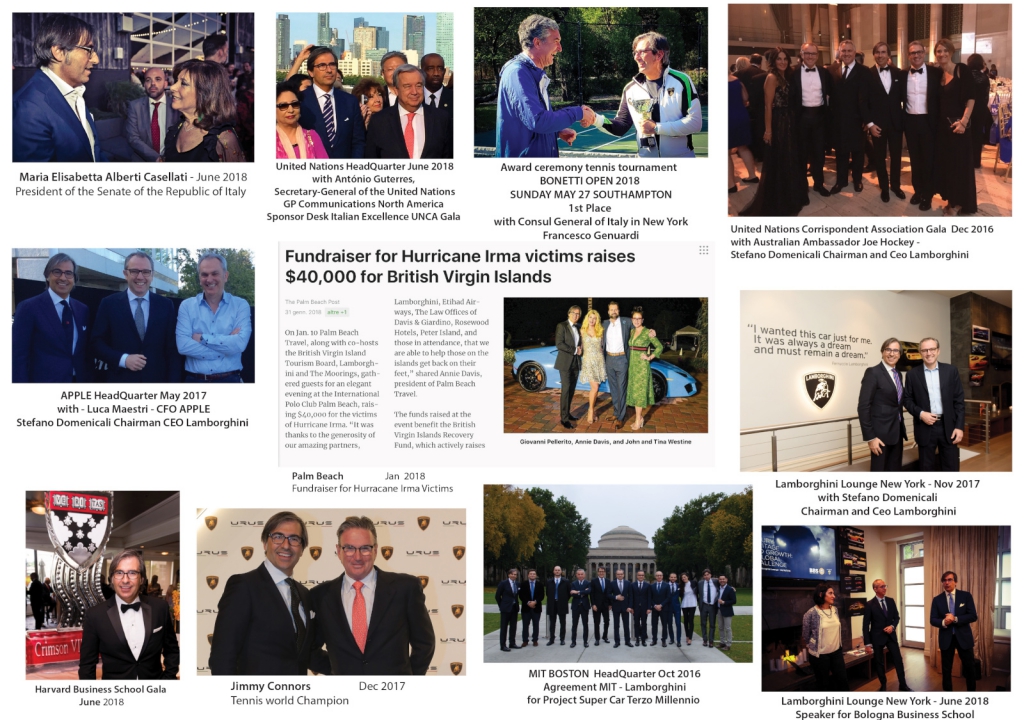